Yesterday was the opening of the 45th Annual Nor’easter at the New Britain Museum of American Art (NBMAA) and the museum was packed!  Even Governor Malloy was there to support the arts and see the show. All three of SAQA-CT's participating artists (Phyllis Small, Catherine Whall Smith and Kate Themel) attended the reception, which began at 1pm.  Anna Tufankjian, who has been very involved with exhibitions at the New Britain Museum, was also there to support her fellow artists in Connecticut. 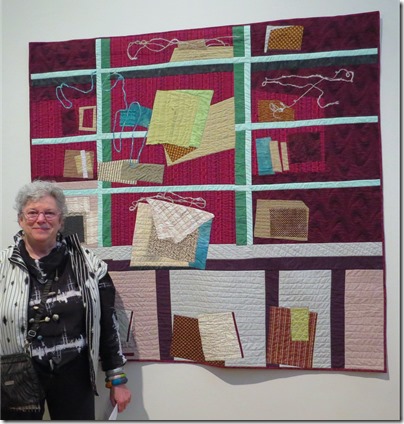 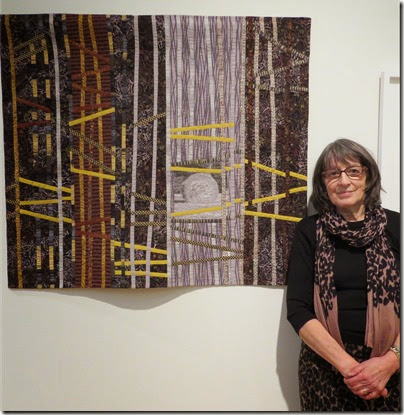 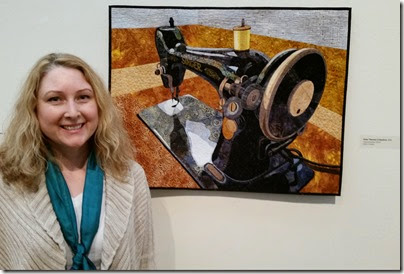 The exhibition was juried by Sharon Butler (Artist and Author of the Art Blog Two Coats of Paint).  A printed statement about selecting artwork for NOR'EASTER was posted on the wall, offering visitors an interesting look inside Butler's mindset as the juror.

It reads in part, "It seems to me imperative that an artist demonstrate aesthetic maturity to have work displayed in a museum.  Accordingly, my main criteria for selecting art for Nor'Easter were that the artwork indicate an artist's dedication to his or her practice, and that it manifest coherence and direction."  Butler later went on to describe the work she did NOT select, "I tended to disfavor paintings which, even if well executed, struck me as overly familiar or sentimental. I also avoided the ones with clichéd titles that I considered too sweepingly philosophical and impersonal, preferring a less grandiose approach." 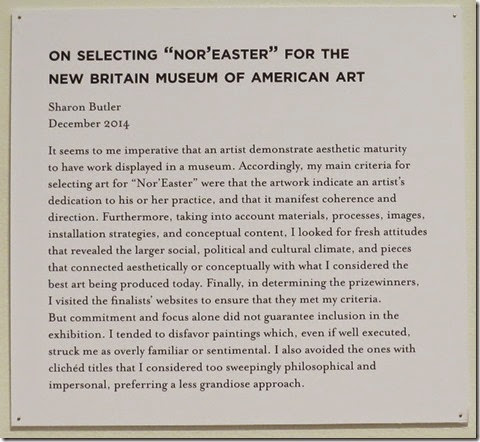 If you were not able to get to the opening reception yesterday, please make the trip to New Britain to see the show.  The New Britain Museum of American Art is open 7 days a week and the Nor'easter exhibition runs until January 25, 2015.

Quilt National '21 is Coming to Connecticut

Congratulations to Catherine Whall Smith , whose quilt "Transfusion in Two Parts" will be on tour with Quilt National '21.  Th... 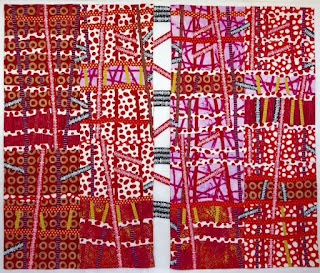 JOIN US for the next CT Regional Meeting!

Join your fellow SAQA-CT Artists for ZOOM Happy Hour hosted by Christina Blais. Check your newsletter for the link